Solar panels are clever little things. By utilising sunlight, a few simple atomic principles, and something called the Photovoltaic Effect, this technology could be the world’s main source of renewable energy in just a few years’ time.

This Ted-Ed video made by Richard Komp is a nice introduction to solar panels:

The science behind solar panels

Without going into too much detail, the sun is like a giant fusion reactor emitting vast amounts of light energy into space. This light energy (specifically the ‘photons’ – a quantity of light) is absorbed into the solar panel, causing the electrons of a semiconductor to become excited. The electrons break free from their atoms and pass along conductive metal ‘fingers’ and ‘busbars’ of the solar panel as an electric charge. This is known as the Photovoltaic Effect, which is where the term solar PV comes from.

The electric charge then passes through an inverter to convert it from direct current (DC) into usable alternating current (AC), before powering your electrical devices and finally returning to the solar panel.

What is a semiconductor?

Just like our own bodies, solar panels are made up of cells. A semiconductor is an element that creates an electric current when it’s exposed to light, and it’s the main component in a solar cell. As the name suggests, semiconductors have the conductivity between an insulator and a conductor.

Silicon is the most commonly-used semiconductor in commercial solar cells. It’s also one of the most abundant elements on earth, but it must be subjected to the doping process before it’s ready for use. Doping is when other elements are added to the silicon crystal, resulting in a deliberately unstable number of electrons. There are two types of semiconductor required:

The two types of oppositely-charged semiconductors are then layered one on top of the other, and this is termed the P-N junction. It’s the nature of this junction – the opposite charges stacked together – that causes the usual random electron-and-hole movement to flow in a single organized direction, creating a current.

Solar panels are a fantastic addition to your home renewable energy system. If you want to find out more about solar panels or you’d like to get a quote, fill out our contact form. One of our Technical Account Managers will soon be in touch for a quick chat about your project before providing you with a proposal.

How to improve solar panel efficiency

How can I use more of my solar power? 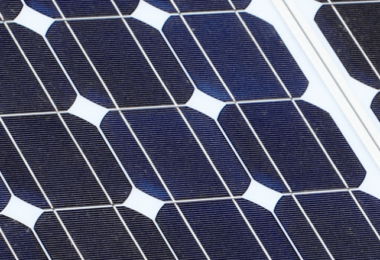